Expressing gratitude for the life I am privileged to live.

2020 was such an awful year globally that on January 1, 2021 I embarked on expressing gratitude for the life I am privileged to live. I decided to do it on Instagram as that would require only a picture and a short explanation. I soon realized that this was not as easy as it seemed. It's not that I'm not grateful for EVERYTHING but coming up with a specific thing and a related picture EVERY day is harder than I expected; and yes, I get the irony (boo hoo, first world problems). But that's what makes it worthwhile -- a daily remembrance that life really is good to me and I am blessed.

It's been two and half months (74 posts – I counted) and I've decided that it might be entertaining to flush out some of my little Instagram glimpses. I'll start at the beginning. 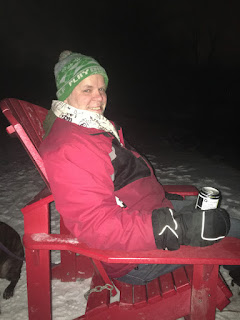 To ring in the new year, we went down to the river; we thought that maybe folks on the other side might be setting off fireworks that we could watch. We settled ourselves into two red chairs (*more on that later) and looked out over the river hopefully. There were a few pops and bangs across the river but nothing spectacular. And then some folks showed up right beside us at the dock and proceeded to pop off a bunch of fireworks. It was a great display and we encouraged them and thanked them from (a socially distanced) afar with much clapping and ohs and awes. It was delightful. That kindness and sharing had to bode well for a good new year.

*The red chairs are a thing in Canada, the parts operated by the Federal Government anyway. Back in 2015 gearing up to our 150th anniversary of Confederation, the National Parks put on social media  #sharethechair . They built and scattered throughout the country's (many) National Parks red Muskoka  (aka Adirondack) chairs.When you found one you took a selfie and posted it to social media. 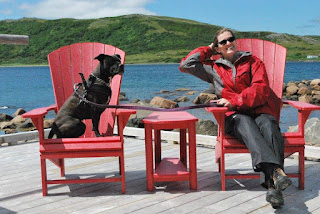 That summer we took a rather spectacular road trip and we found some of those chairs way off the beaten track in Red Bay, Labrador and at Snug Harbour, Gros Morne National Park, Newfoundland. 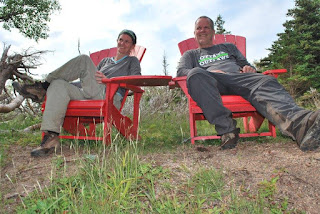 The following winter we found the chairs at Winterlude here in Ottawa. 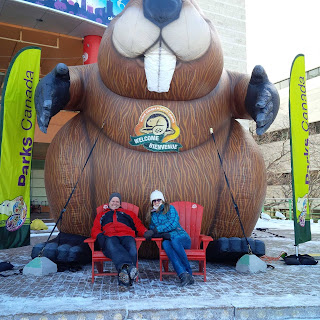 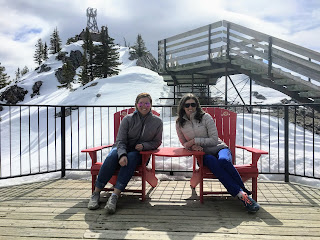 And a couple of years later we found them at the top of Sulfur Mountain in Banff National Park. 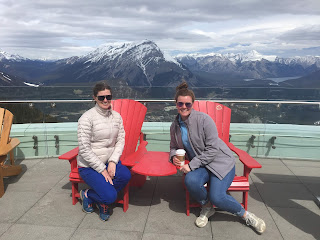 Fast forward to summer of 2020 when the National Capital Commission put a bunch of these chairs along the Ottawa River pathway. It seemed a bit of an odd thing to do in the covid summer where sitting around on park benches was frowned on but, that's government for you, I guess. They have weathered the winter well and no doubt hosted hundreds of picnic lunches.