It must be a slow news day when a story about the Department of National Defence asserting its Intellectual Property rights warrants a picture and a quarter page spread.

Some of Canada's military regiments will be celebrating 100 year anniversaries next year having been formed at the outset of the first world war. In anticipation of the "ambush marketing" sure to mark such an auspices occasion, DND, in a pre-emptive "gun show", has flexed its IP muscles warning that unauthorized use of cap badges, regimental colours and the like to commemorate regimental anniversaries could be an infringement of Crown intellectual property rights. 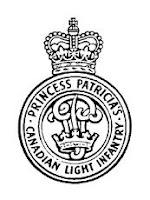 DND owns a section 9 mark for the Princess Patricia's Canadian Light Infantry badge, shown here (right). Unauthorized use of this mark on any goods or services is actionable infringement.


So, when the Regimental Association decided to do some anniversary fundraising by commissioning privately labelled PPCLI wines it was very careful in its labeling, as you can see here. 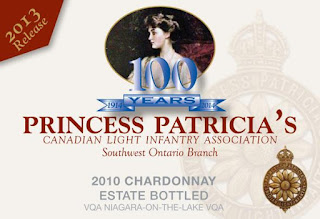 However, according to the latest news, DND recently issued new guidelines to govern the production and sale of commemorative beer, wine and spirits in an effort to assist the "regiments and their foundations to remain within the appropriate legal, ethical and historical/heritage boundaries".   The new rules include limiting the sale of commemorative alcohol to within the military, requiring associations to ask for permission to use regimental logos, and using established (and presumably Canadian) brewers, vintners and distilleries.

Oh oh.  I bought two bottles of this wine last year as a gift for my father.  No doubt he's disposed of the evidence by now.